skip to main | skip to sidebar

Does Seattle Turn a Blind Eye to Marijuana Possession?

Below is a story published in The Stranger detailing the large amount of first-time nonviolent marijuana possession defendants who are taken into custody. Many believe that Seattle's recent move to make possession of marijuana (under 40 grams) a civil infraction, which was struck down, indicates that Courts' are lenient to those in this cohort of offenders. However, this is not always the case. Statutorily in the State of Washington, a possession of marijuana offense mandates at least 24 hours in custody. This can be mitigated by exploring potential search and seizure issues, substantive legal issues and communications pertaining to extenuating circumstances with the State/City attorney. We are experienced in defending this type of case and are leading the fight to defend those 'unicorns' for a story ending of 'happily ever after...'

Tracking Down Those Unicorns
posted by Dominic Holden (See story in original format at www.thestranger.com)


Last week White House appointee John Walters claimed on C-SPAN that finding people in jail for “first-time nonviolent possession of marijuana… is like finding a unicorn … because it doesn’t exist.” I had a hunch that some of the 775,138 people arrested for pot possession last year were actually unicorns…

But the drug czar probably assumed that it’s a freebie to call people with criminal convictions anything he wants, because they’re likely to be too ashamed to defend themselves. That’s certainly true, but it didn’t take me long to find credible people willing to vouch for the existence of first-time, non-violent marijuana offenders—excuse me, unicorns.

In just one hour, I’ve found five people who have seen the Drug Czar’s unicorns with their own eyes. Here are Slog’s exclusive unicorn reports:

I have had it happen where [my client] goes to jail where they have one joint on them, and they have never gone to jail before. This is their first and only brush with the law. I don’t think that I have ever had a case where the person charged for marijuana is anything but the most peaceful person you can imagine.
A judge who I spoke to recently said that about every afternoon, he’ll put at least one person a day in jail for possession of marijuana or paraphernalia. He’s bee pro tem-ing for at least five years.

Sunil Abraham, public defender for the King County Defender Association. When asked how many people he has personally encountered with no prior record who have served time in jail for a nonviolent marijuana-possession charge, here’s what he said:

I’d say 50 people and they have all done time in jail. I’d guess that if you obtained the booking history for the last 100 marijuana arrests for somebody who has no criminal history, 80 percent of them do time in jail. It may be one day, but they serve time in jail. [Police] don’t commonly arrest for marijuana and release; you are going to go to jail. Alison Holcomb, drug policy director of the ACLU of Washington.

According to data compiled by the Washington Association of Sheriffs and Police Chiefs and requested by the ACLU of Washington, Washington police agencies reported 11,553 arrests for possession of marijuana in 2007. Misdemeanor possession of marijuana carries a mandatory day in jail, and up to ninety. Data obtained from the Washington State Patrol’s Identification and Criminal History Section reveals that 3,588 convictions for misdemeanor marijuana possession were entered in Washington courts in 2007.Muraco Kyashana-tocha, works in the law offices of Jeffrey Steinborn and Douglas Hiatt, the city’s leading marijuana-defense attorneys.

I know of two cases that were handled … in the last year. They were both over in Redmond. I know both of them by name. One gram [possessed] by one of them, and 12 grams by the other one. They were squeaky clean: no record no juvenile record. I know a lot of people who went to jail while their case was processing. They may be in jail over the weekend for three days. A lot of the people charged with misdemeanor [possession] cannot afford $3000-5000 for legal representation, so they are doing time.Jeffrey Steinborn, the city’s leading marijuana defense attorney.

Walters is either shamefully ignorant, or intentionally lying to us. Sometimes we get lucky because a big shot in white shirt shows up. Sometimes the prosecutor will say the statute is mandatory, so they say, “Fuck you, your client’s going to jail.” Sometimes the judge will convert that to community service but the law says they can’t. To avoid that day in jail is the exception rather than the rule.
Posted by Raymond Ejarque at 12:14 PM

The Law Offices of Raymond Ejarque 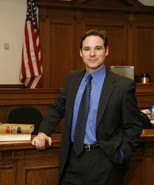 Raymond Ejarque
Seattle, WA, United States
Raymond Ejarque has assisted over a thousand people accused of driving under the influence (DUI) and other crimes. He understands the Seattle and King County DUI system and knows how to obtain the best result possible for his clients. Mr. Ejarque has obtained reduced charges, dismissals and "Not Guilty" verdicts for many of his clients. Although every case is different, Mr. Ejarque makes sure that each of his clients is provided with the full protection of the law. Call now for an immediate free consultation to learn what result you may expect in your DUI or criminal case.